About Us » Who was James M. Jordan?

Who was James M. Jordan?

James M. Jordan born in Chicago, Illinois.  He served his country in the Army for all four years of World War Two. He graduated cum laude from Northwestern University and was president of his class in 1951.  Mr. Jordan was a heroic defender of children.  He served as the Superintendent of the Audy Home and later the Cook County Juvenile Detention Center.  His mission in life was to insure that the most vulnerable children in Chicago would have a safe place to learn and grow.  Many children who had been abused and neglected were held in the same facility as those who had committed crimes.  Mr. Jordan was instrumental in moving abandoned children out of Juvenile detention.  He was also a crusader for the educational rights of children in the care of the state. He fought to have laws passed so that any child in detention or foster care would have a quality public education.  He pressed civil servants who worked in his facility to pursue continuing education, especially college and graduate degrees. In a city known for corruption, he had a reputation that he never took a bribe or profited off of public money that was supposed to house and educate children.  He believed that if we had better public schools, we wouldn't need jails for children.  In his honor, we built a better public school. 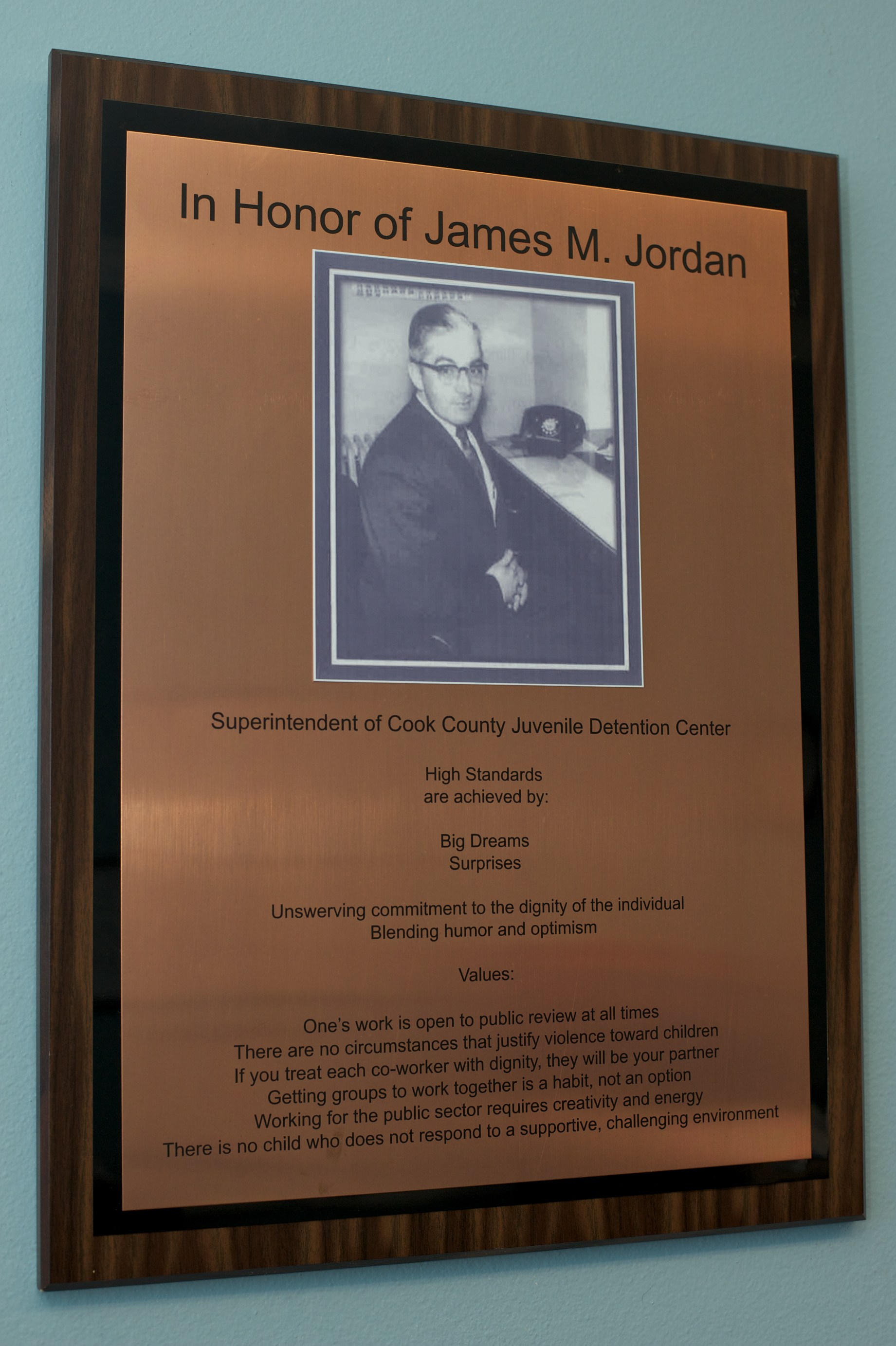